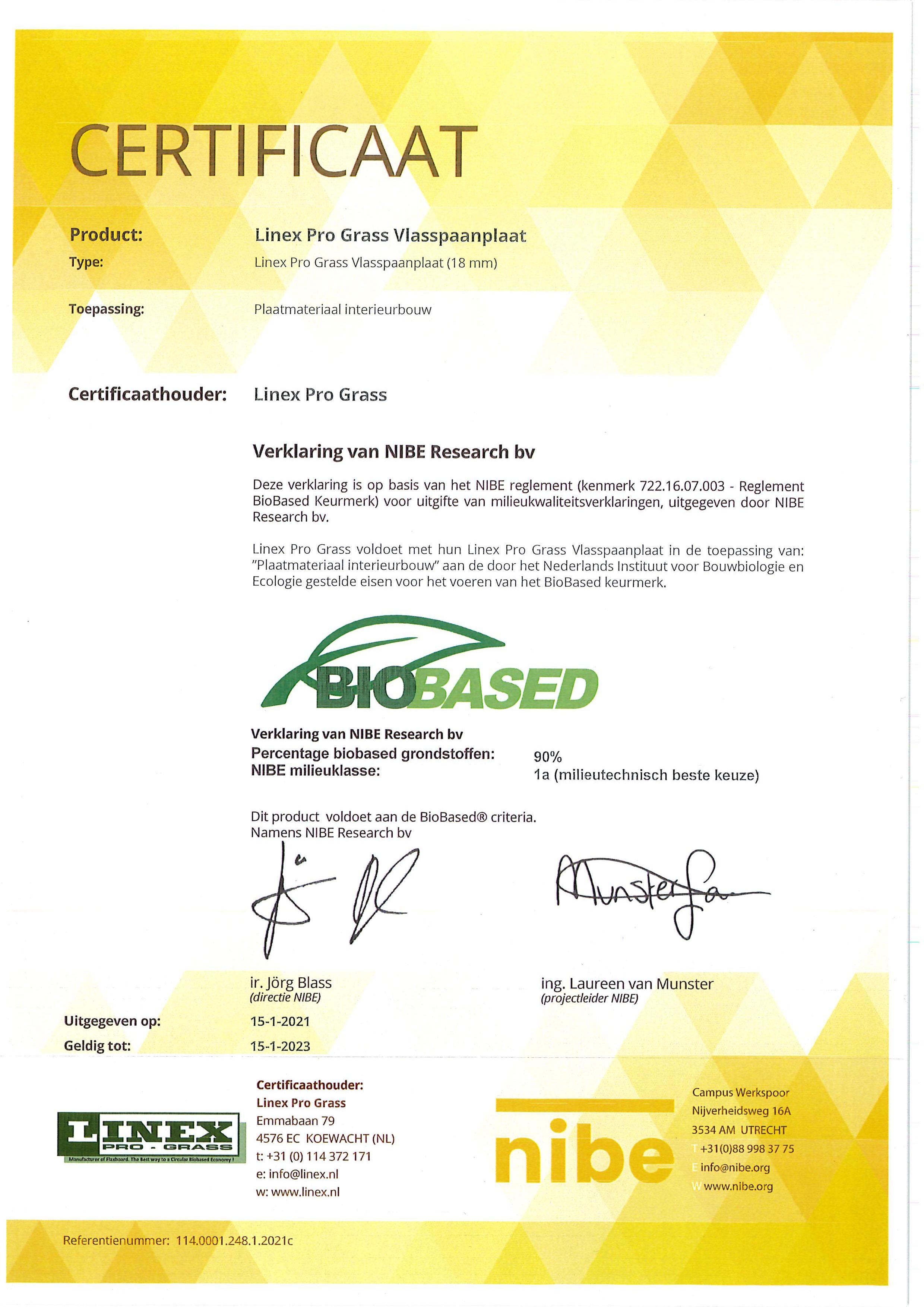 Sustainability is a top priority at Linex. We consider it our social responsibility to be as sustainable as possible in all of our manufacturing processes.

Flax is an annual plant that requires less water and fewer pesticides than other plants. The entire plant is used for a variety of purposes, ranging from clothing to linseed oil and flaxboard. Flaxboard is produced from the woody parts of the stem which are released during the scutching process. We clean these woody parts, called shives, and the residuals which are produced are 100% recycled in several different ways. For example, the flax seed that is produced when the shives are cleaned is used for livestock feed, while the short fibres are used in the paper industry. The dust produced when sawing the boards is used as bedding in stables. The advantage of this bedding is that it gets blown around a lot less than sawdust of wood. The material released during the cleaning process is used in our biomass oven in order to produce energy for our press and heat the offices. The ashes produced during this process, are used in road paving.

Unlike wood, flax does not contain any naturally occurring formaldehyde. The glue used to produce the flaxboard can vary from E0 to E1. That way, we can comply with standards like the CARB regulations or the NAF (No Added Formaldehyde) standard.

Any flaxboard that is rejected from our various production lines is turned into packaging blocks or we recycle it into raw material and re-use it to produce new boards.

We recently received our BioBased certificate and we are pleased to have our efforts recognized in this way.